Close to the dark forest, the industrial zone of Buggingen concentrates cutting edge companies. Tune built its factory here about 15 years ago after a few years of activity at the owner’s home.

With a keen interest in technic and technology, Uli Fahl welcomed us with bare feet despite the alloy filings close to the production machines. The man has the passion deep inside
his heart… and his skin.
A couple of motorized prototypes take place in the office.

Uli has been innovating, and producing with a lot of passion his machinned alloy components since twenty years.
2009 is the 20th anniversary of Tune. 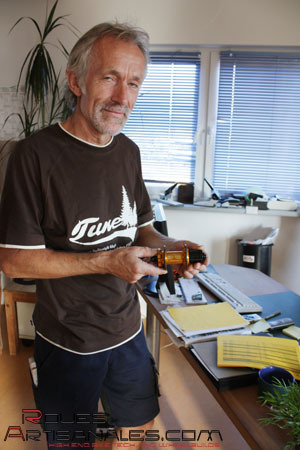 In 20 years, Tune extended its work so well that it now employ 14 persons.
2009 also is a key year in his hubs’ design which remained unchanged since the original drawing.

This design has reached the limit of what’s possible in term of weight: the Mag130 and the Mag110 prototype unveiled the last year at the Eurobike could not be lightened any further. 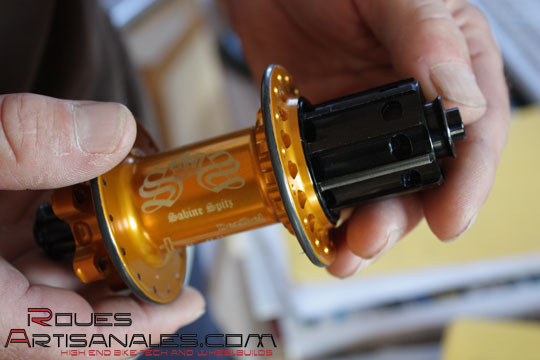 Tune’s team hesitated to show us the new hub system, whose patents had not been sent yet to the patent office. Nevertheless the Mag90 road hub, supposed to be featured this year for the
fair trades, is in production. It receives the brand new rotor system, coming along with both a weight save and extra strength. 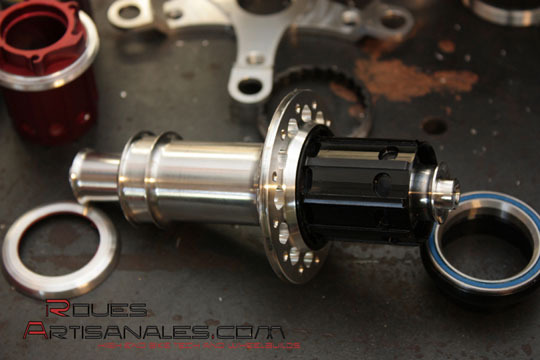 This Mag 90 indeed is claimed to be stronger than the current series of hubs… As information, the high-end MTB range, with carbon reinforcements inside the flanges only weights 143g, despite the extra aluminium to screw up the disc! The new road hub is sub 100g! 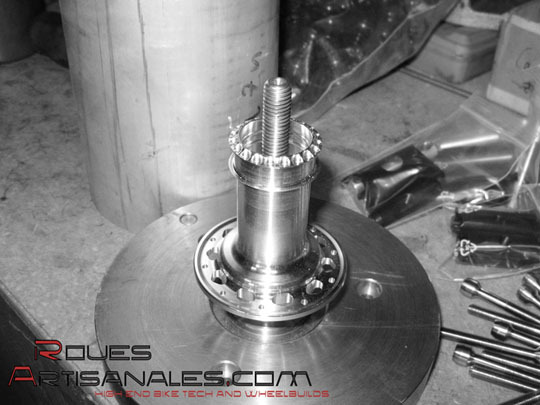 As usually, the significant breakthrough are invisible from the exterior. The only visible thing is the new black freewheel. In hand, this provides a quicker and firmer engagement. The whole feels stiffer and stronger. The traditionnal metallic sound is no more, the rotor instead releases a softer sound.

The new series of hubs are so light that we wonder what composes the new rotor system? They did not want to reply officially before the patent is released. Legitimate.
However, we have been able to see, close to a machine, the newest body, as well as its related ratchet. The system is deeply modified, the freewheel body does not have pawls and springs anymore, it instead is equipped of teeth, like a DT Swiss ratchet. The hub shell receives the new engagement ring, also equipped of teeth. We guess a spring is taking place between both to allow the freewheeling. 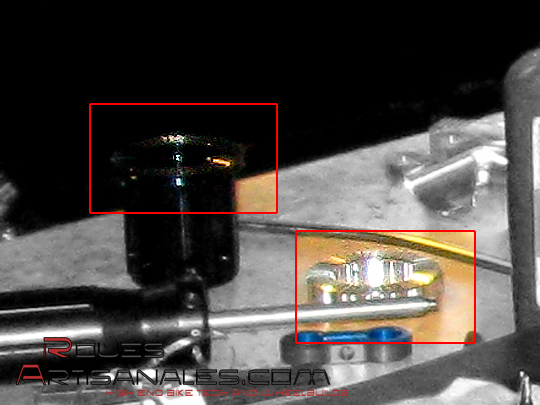 This new system comes with a substantial weight save. However, the Mag90 certainly features a few others changes to reach such a low weight. A carbon shell is probably on its wayy too.

Regarding their production, Tune receives bare aluminium 7075 bars, with different resistance levels depending on the application. 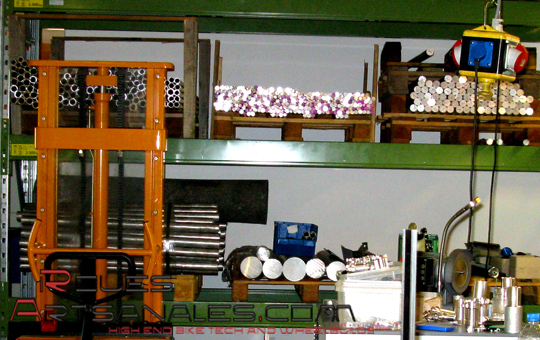 Numericals lathe and milling machines are usual in this kind of work, where the aluminium represents most of the raw material. From 7 minutes to machine the hub shell of the Mag180 hub, the machine needs almost 45 minutes to make a stem! Some of their carbon components is made in Buggingen. A part of the saddle production is coming from Italy. Tune is clear about this: they are building a new factory near – to make all the carbon production – near the current one More information about the new products tomorrow for the first day of the Eurobike. These hubs are ready to receive their freewheel: 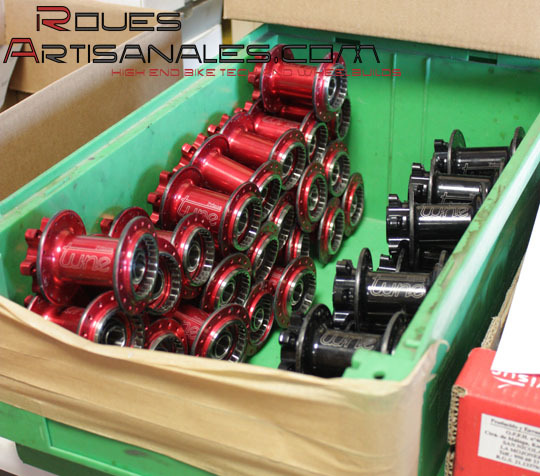 Global view of the workshop: A new hub model under production/assembling: